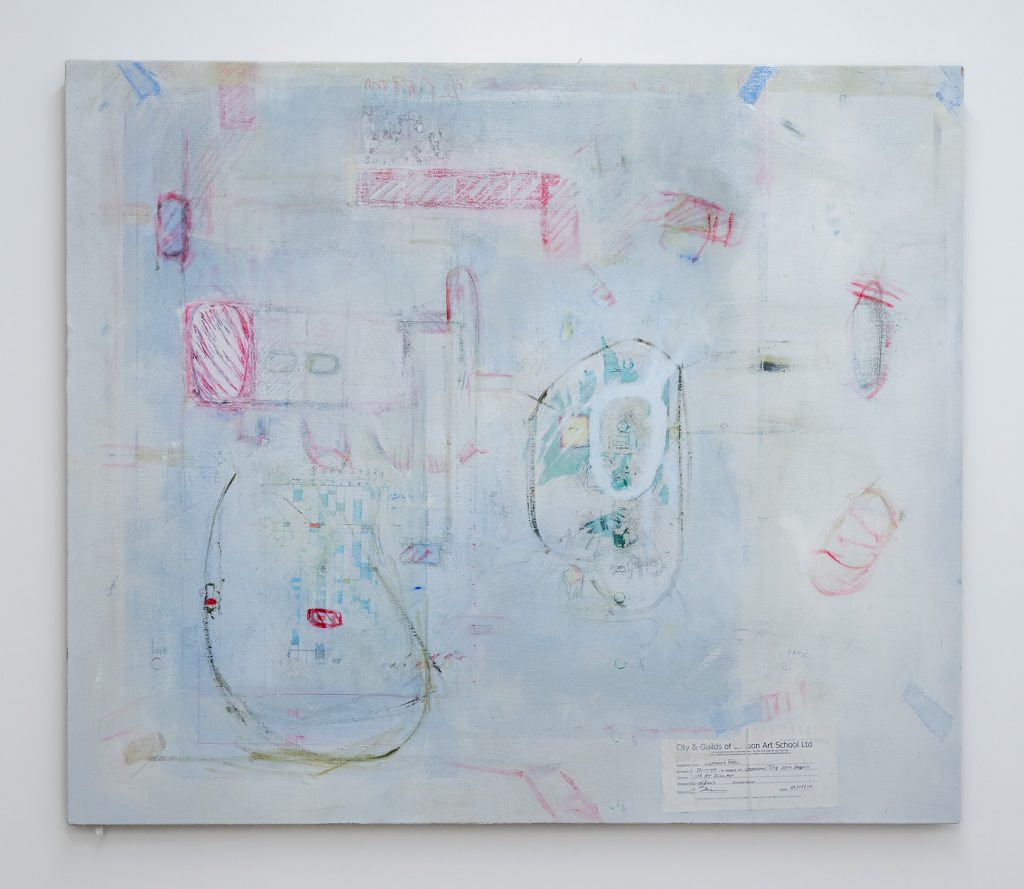 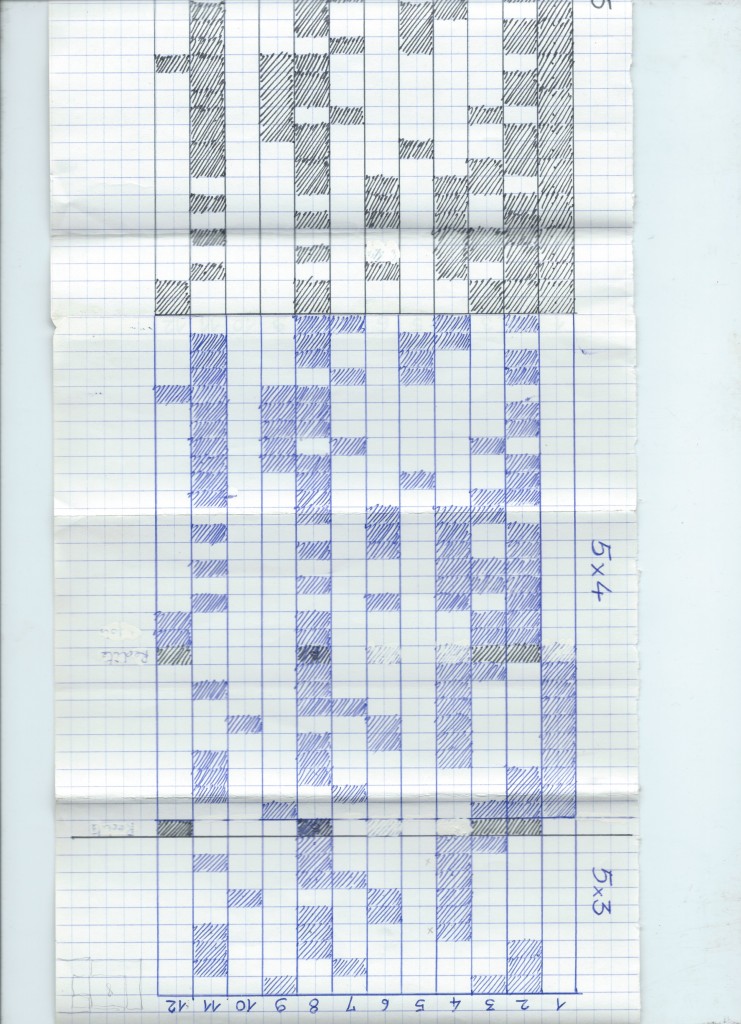 A painting in which my own marks (brush strokes, scribbles and written words/ numbers) overlap and revisit marks that were made in different times and spaces. On the right corner of the work there is stuck an invoice from City & Guilds for a school trip and in the surface there are traces of transfer work from drawings of the past, made by my father, an architect and urban planner, in the 1990s.

My father’s drawing is a diagram and contains an inherent logic that I cannot decipher. I think it is beautiful but crazy as well, obsessive. My painting developed from the desire to use my father’s drawing and to make something new, a new map on a surface referring to the architect’s board with tracing paper, tape, labels. But I have moved from the logic of an architect to the logic of an artist, or to put things differently, from the logic the adult’s urban planning to the reveries and play of children