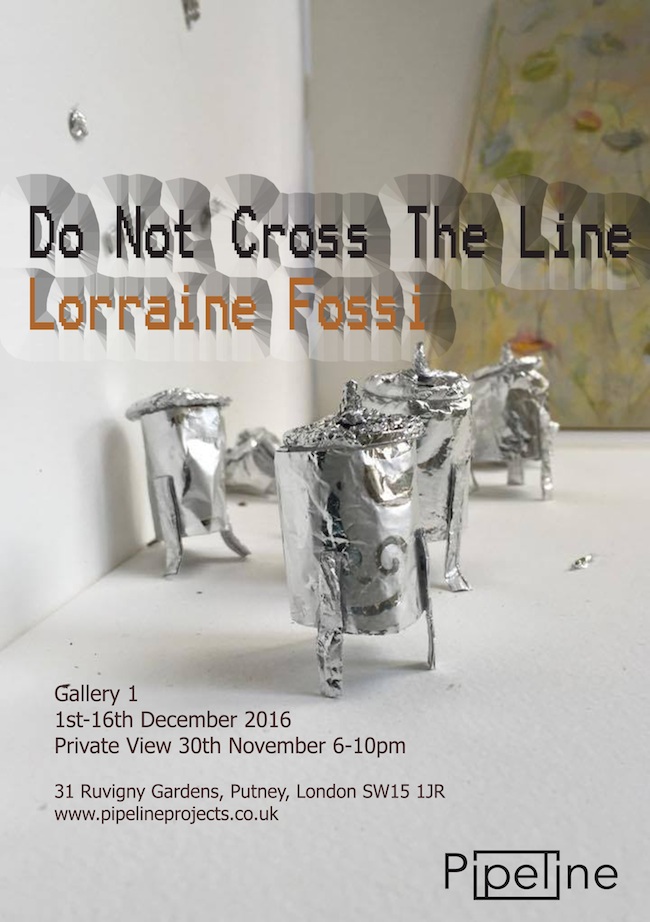 Do Not Cross The Line

Do Not Cross The Line

Pipeline is pleased to mark its opening at the new Ruvigny Gardens space with a solo presentation by Lorraine Fossi. Known for creating works which are both painting and object, for the first time the artist has created a sculptural installation including painting, sculpture and sound elements, created within and for the space at Pipeline.

This work exists within the context of a wider interest in diagrams, such as diagrams of migration or diagrams of control, as well as a way of thinking about art which is created along the logic of a function- the artwork as ‘machine’ for drawing, for sliding, for sex or for surveillance. In Lorraine’s work in general there is a reciprocal relationship between art and life, with objects and ideas constantly travelling in both directions.

‘Do Not Cross The Line’ creates a diagram of control and group behaviour using everyday objects and surfaces on which battles have left their marks. It is based on a modern day fable of ‘The Monkey Experiment’, in which dynamics of group behaviour and fear are played out- it aims to put the viewer in the position of a member of the group. In the experiment, a group of monkeys are enclosed with an object of desire, but whenever any of them tries to reach that object, they are punished by some invisible and external force. The monkeys start to discipline each other according to the fear this instils, but this disciplining extends even to new monkeys substituted into the group. By the end, there is a group of monkeys who have never experienced the original punishment but live their lives in fear of it, as we humans sometimes live, within an insidious diagram of control. 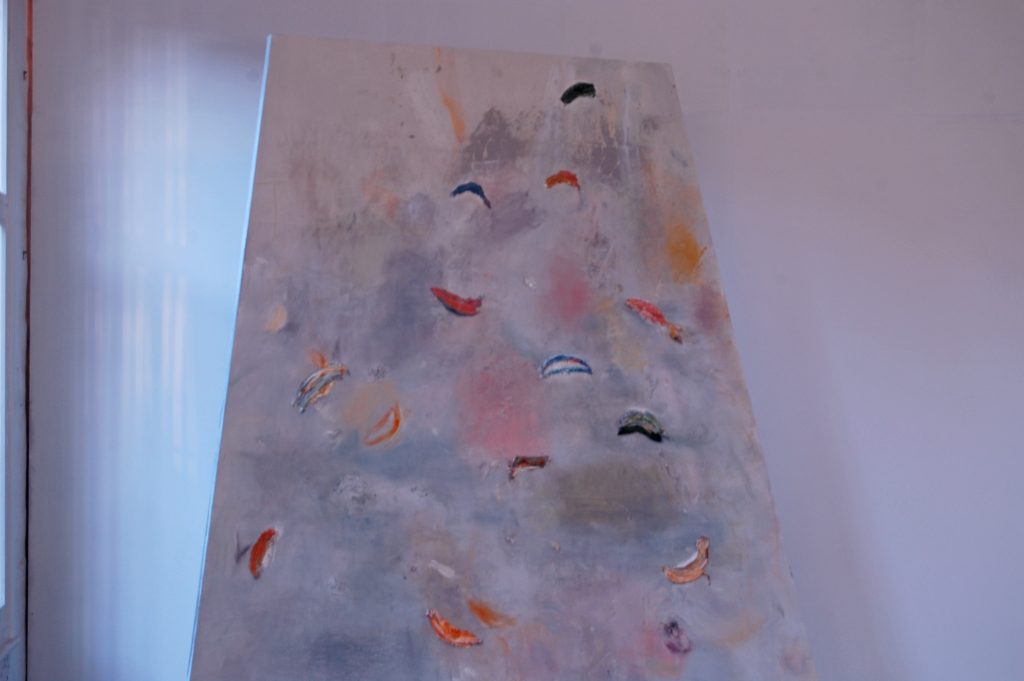 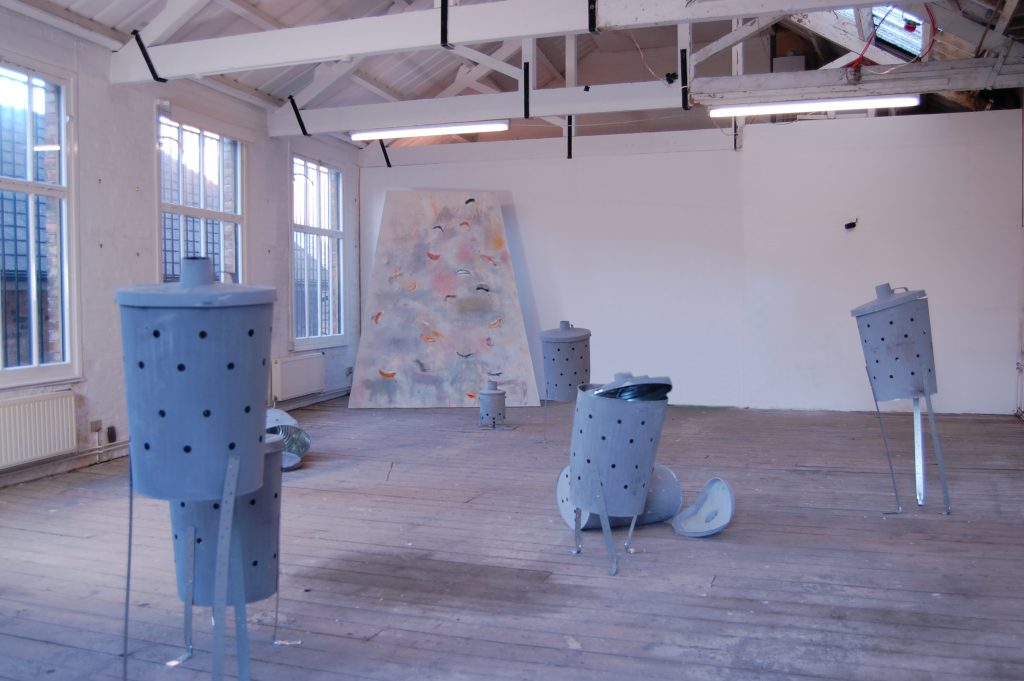 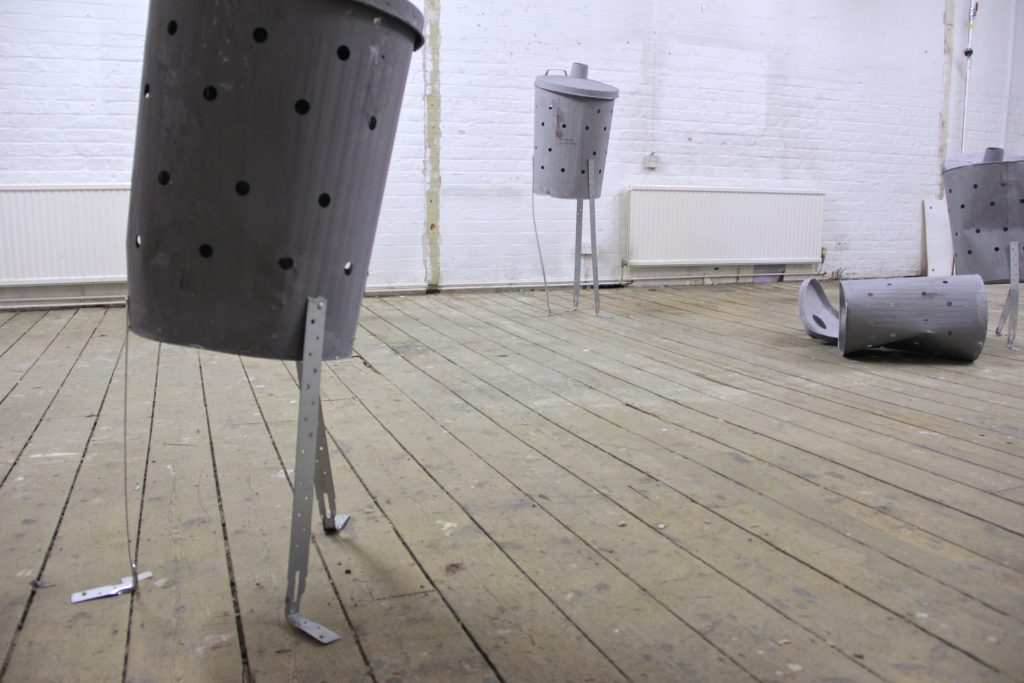 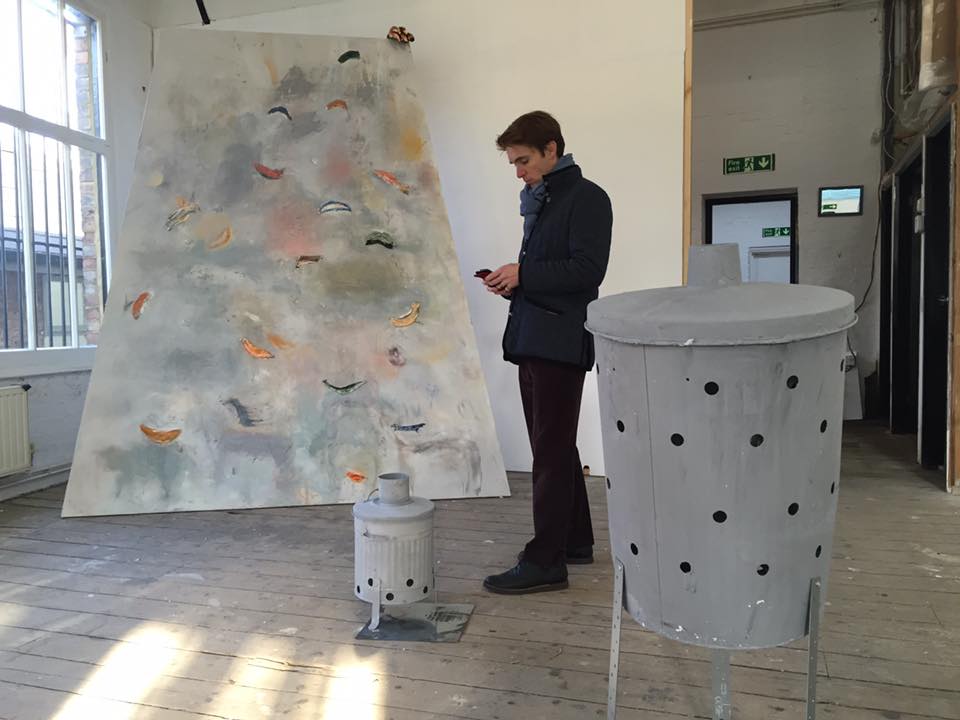 A painting exhibition shaped by architectural discourse, featuring the work of Celia Scott and Lorraine Fossi.
Curated by James Tabbush

INSTALLATION SHOTS
A SELECTION OF IMAGES FROM THE PRIVATE VIEW 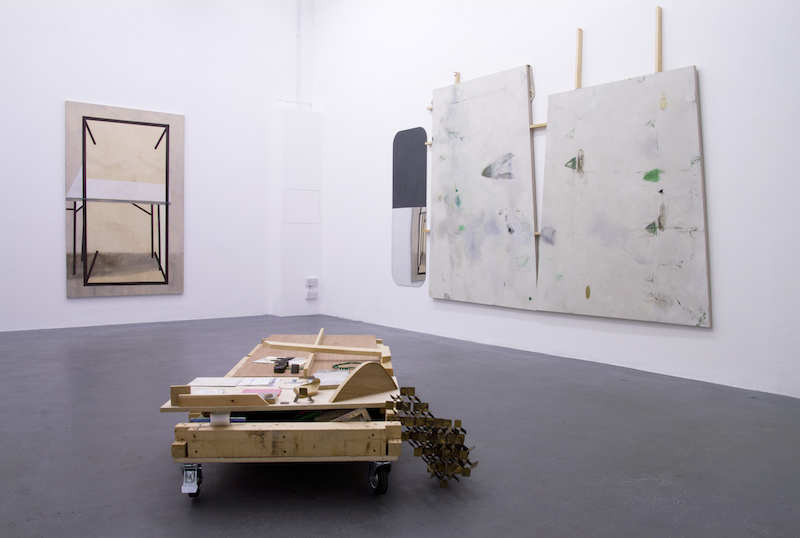 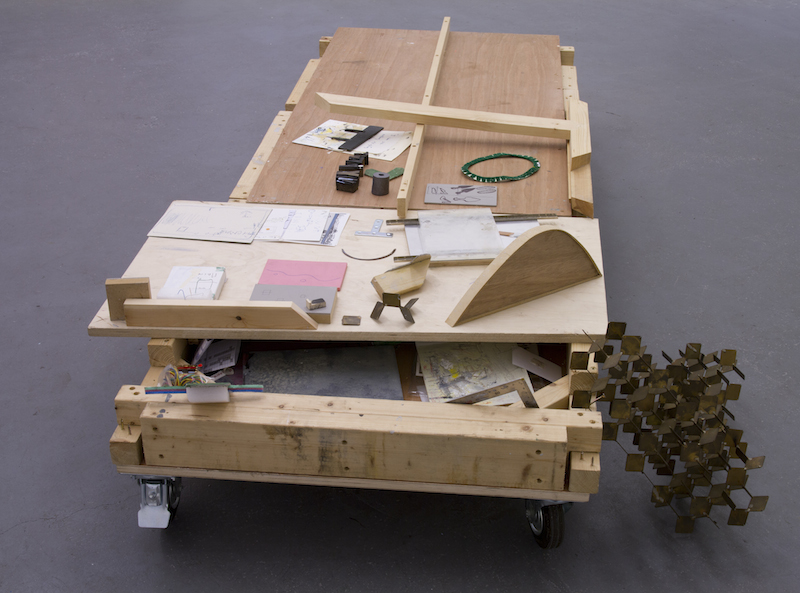 In the 19th century École des Beaux Arts in Paris students would often work on their designs in collaborative teams up to the last moment of the project, and the Charrette, now used as a byword for an architectural deadline, was at that time a real object, a wheeled wooden cart, which would carry away diagrams and section plans along physical routes. In this exhibition the Charrette takes on a physical form again, as a mobilising element among the diagrams and assemblages on the walls.

The work of Lorraine Fossi and Celia Scott is shaped by architectural discourse- both studied and practiced architecture in a Modernist milieu before turning to painting. Both artists bring to bear concepts from that discourse- the section plan, the diagram, the upturned view – accompanied by a deep study of the relations between the diagram and reality. ‘Charrette’ addresses the residues of International Modernism as complicated by material sensitivities, memory, narrative and perceptual ambiguity.

Celia Scott compresses three dimensional space into a two dimensional surface in strange and unexpected ways. She uses drawing, painting, sanding and carving to achieve a language of forms which leaves missing links for the viewer’s eye to fill in. The forms in her work refer to assemblages and architectural spaces, whilst interior space also plays a role. The works are diagrams which are complicated by the vagaries of human perception and the intrusion of feelings.

Lorraine Fossi’s work travels from reality to abstraction, but it also constructs a continuous bridge between the two states. Structures and details in the world become abstracted into diagrams, which can then be instantiated in other materials and in other contexts. In these works, painting is a function, travelling from the architect’s cart to the wall, with space for the viewer to imagine moving, measuring, stepping back. The diagram is a free and open thing in her work- forms and functions travel, events and thoughts appear and reappear, space is created and deconstructed. 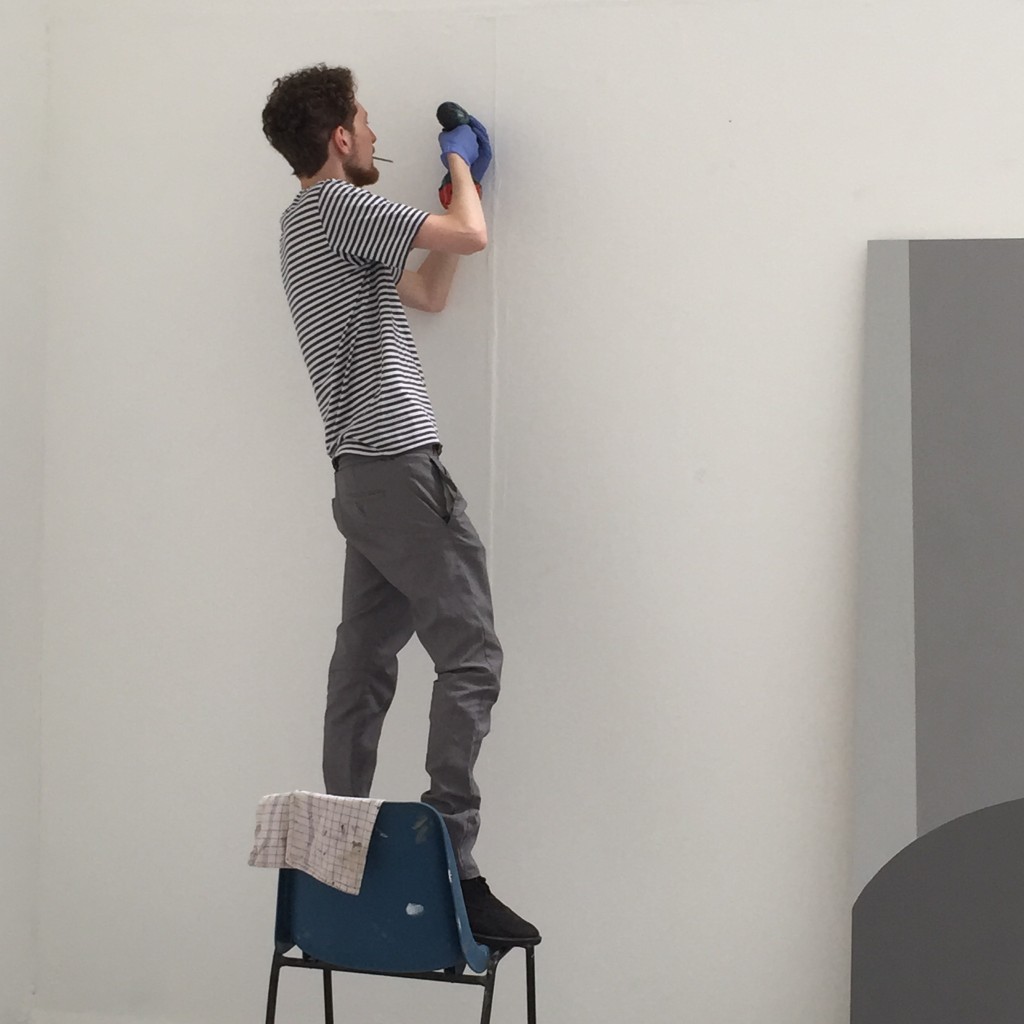