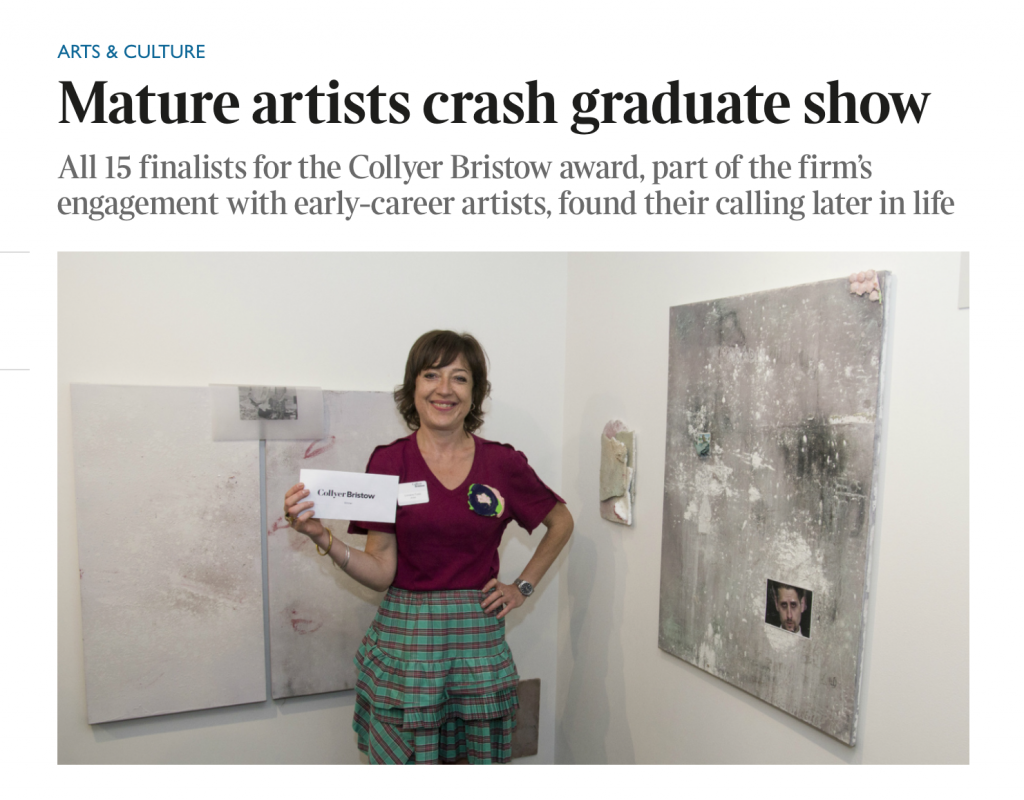 Been competing with two major works: ‘Map of the Cemetery’ and ‘Climbing Wall’.

Map of The Cemetery is a work of assemblage inspired by the artist’s walk in the London cemeteries, especially by the regrouping of gravestones that have been displaced, re-assembled and aligned against the cemetery’s fence. The paintings refer in colour, shapes and texture to the gravestones. Placed next to each other a phenomenon of sympathy occurs which absorbs the differences or allows ruptures. The alleys and drifting areas of the cemetery are translated onto the gallery walls, dislocating and relocating the viewer’s perceptions. So there is a loss of control over thought: diagrams fly over borders while the work’s assemblage may transform and be resurrected as something entirely new, expanding its form and expression in other contexts, outside the gallery space. 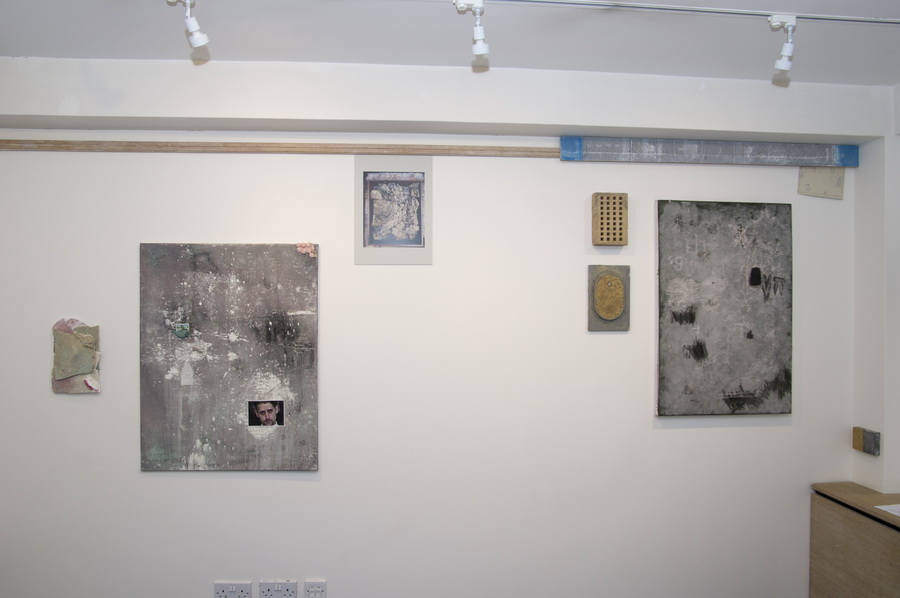 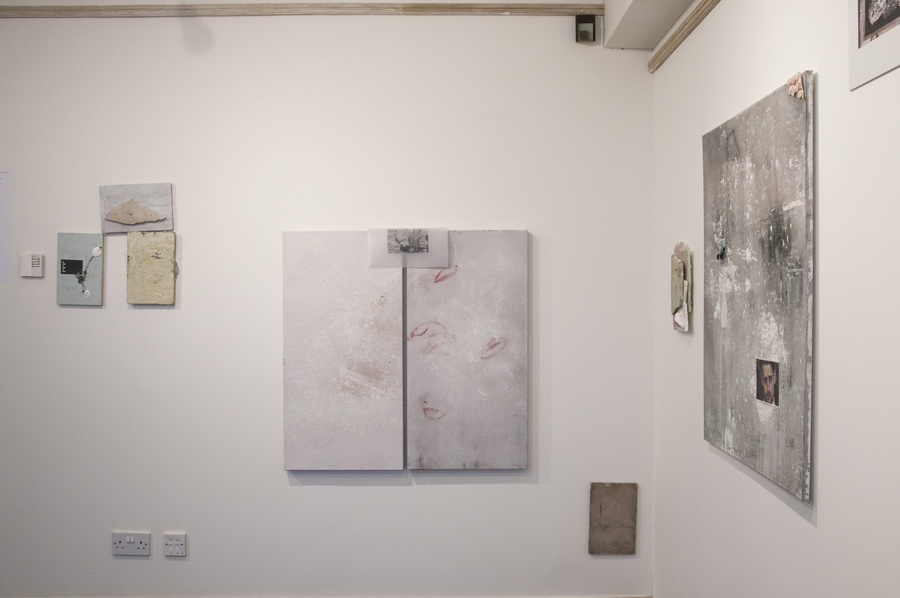 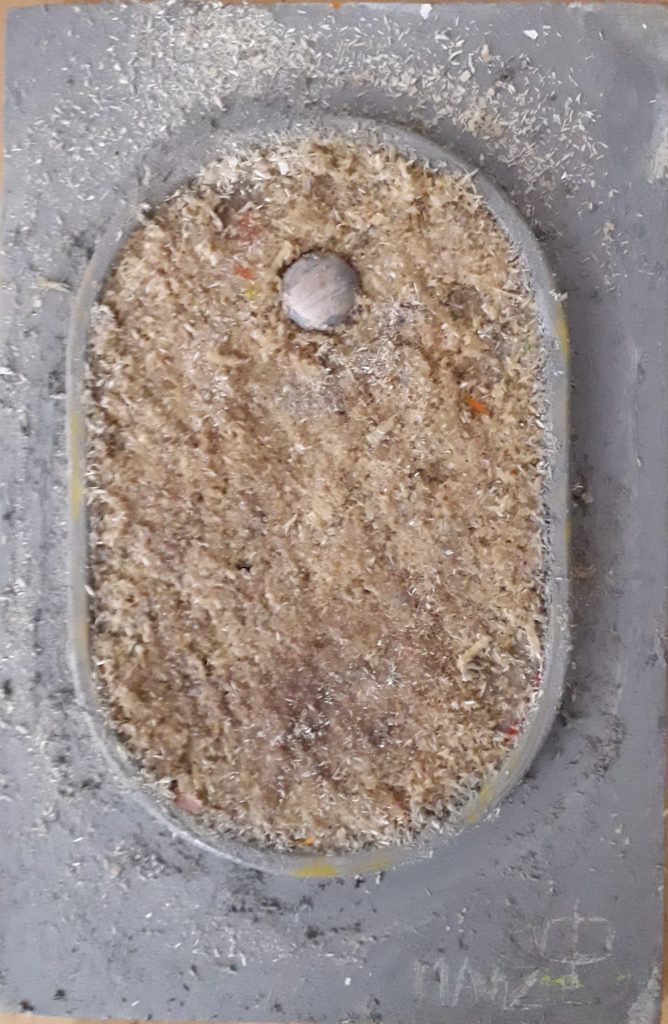 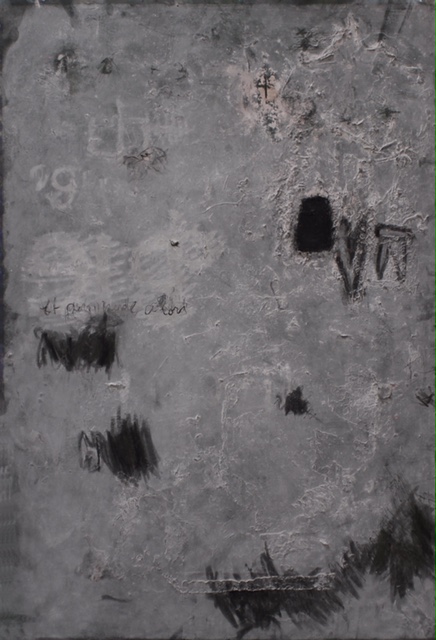 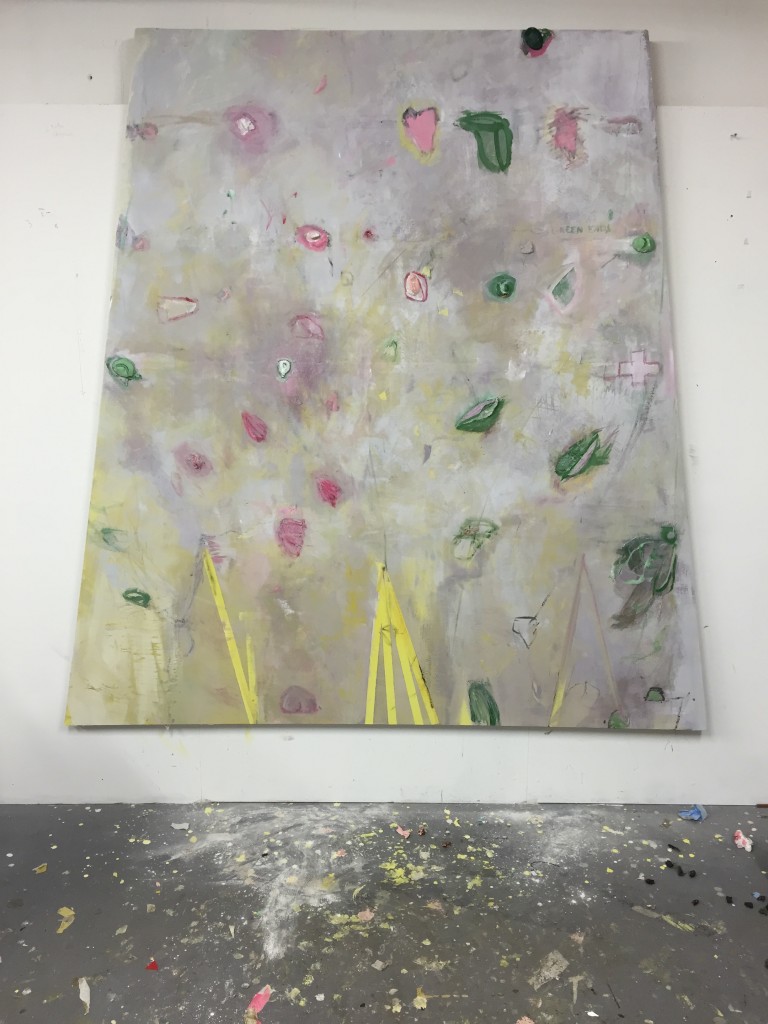 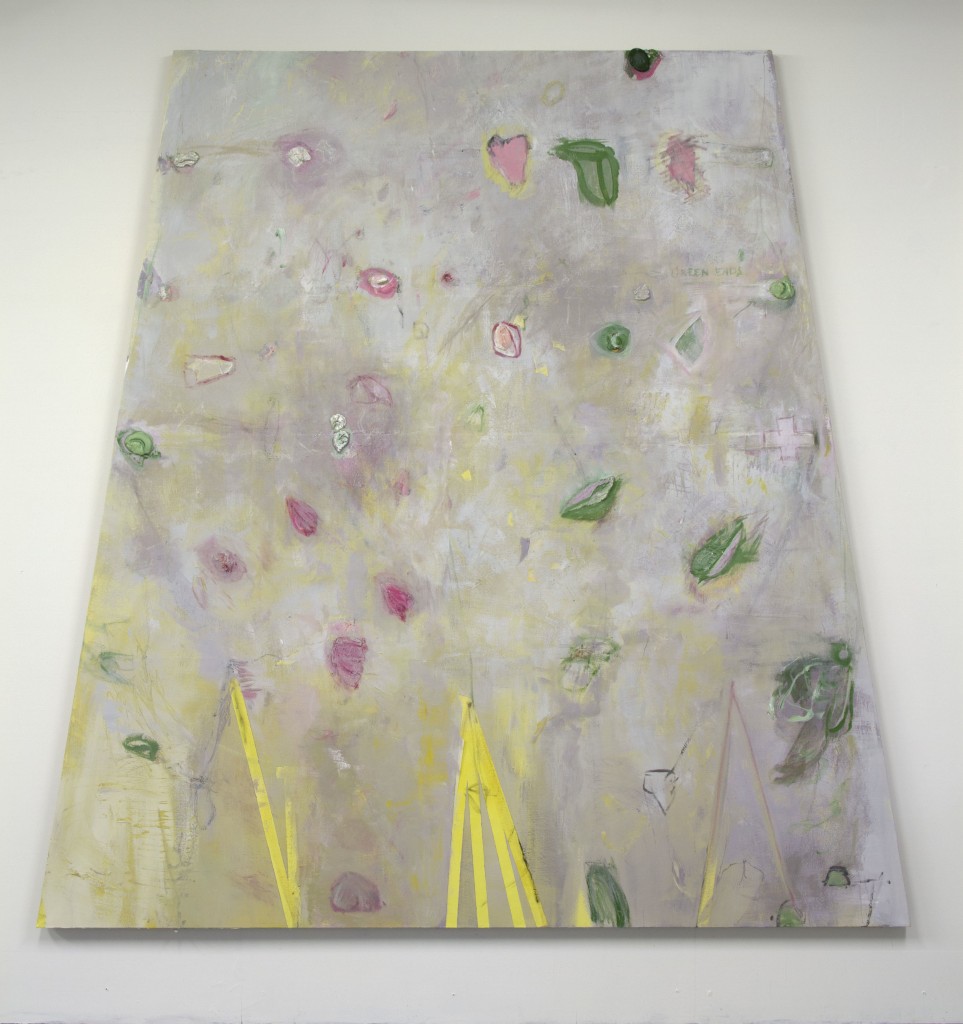 Climbing Wall is a painting in which ‘climbing’ is the driving force, both the painting’s object, its function and the logic of its organisation. It performs like a sculpture from a far distance and like painting from a closer view. The shaped canvas embodies the perspective lines of a wall/mountain seen from a very low position. The viewer is imagining moving, measuring, holding on to the green and pink volumes. It all seem very real and yet it is not: if we stay longer and closer to the painting, the mind wanders, attracted by implied depth – expanding its reverie within the surface, detached from any connection with matter.