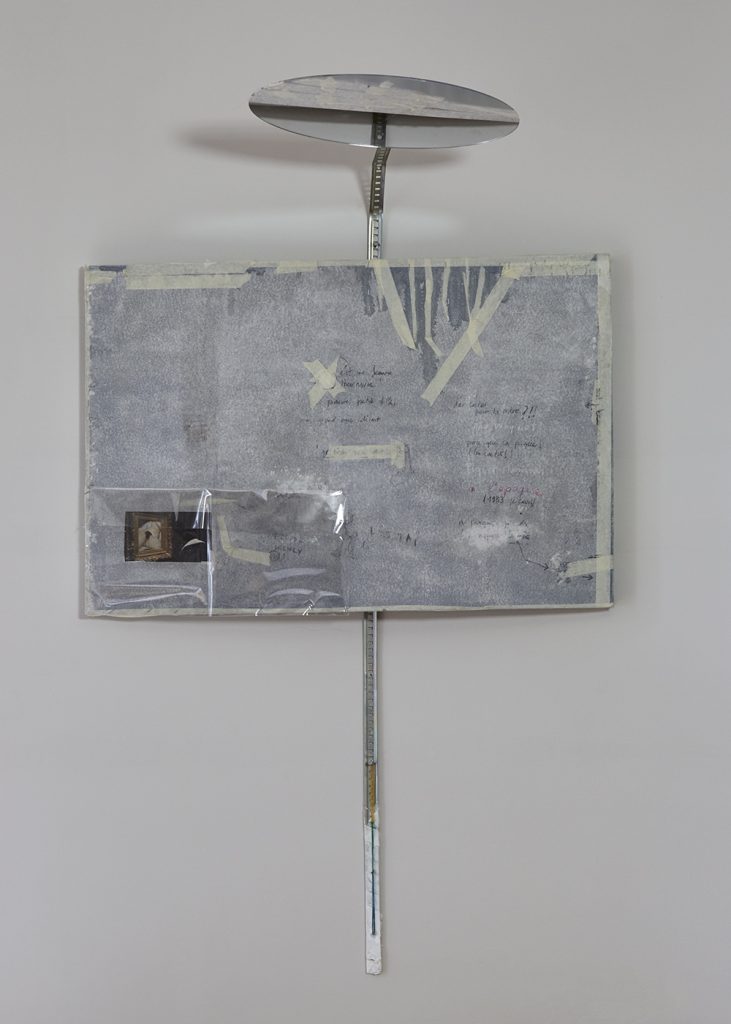 Panopticon is a work that combines a painting, an image (from an external source) and a mirror. The grey surface was made a year ago and re-used like it was a found object, detached from meanings and memories. The stuffiness and grey colour of the surface, the writing ‘on the walls, were somehow associated with recent images I had seen on TV involving prisoners. I always wanted to materialise the diagram of surveillance according to Foucault; one which is simple and also very pernicious: ‘To see and not to be seen. It functions in prison but also in hospitals, schools, offices. The printed image shows ‘someone’ (the viewer/the prisoner) who is looking at ‘The Origin of the World’ by Courbet (the image was taken from a Sunday supplement). We (the viewer and the guard) look at him (the prisoner) looking, and we are not seen (or perhaps we are if there is someone behind us). 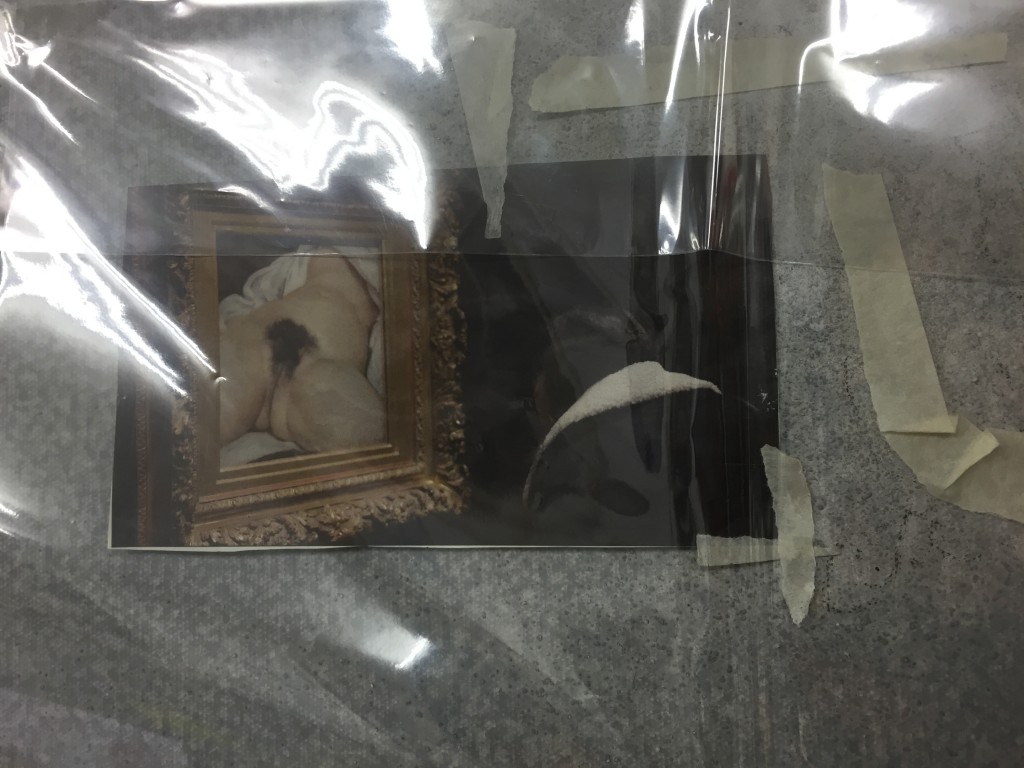 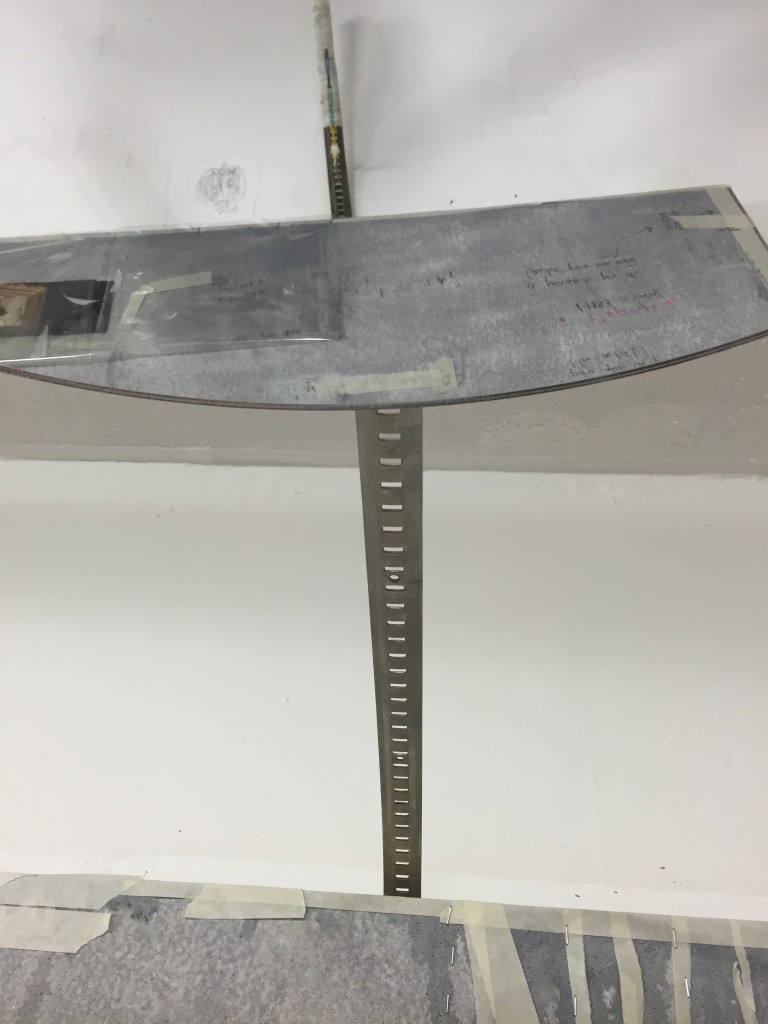